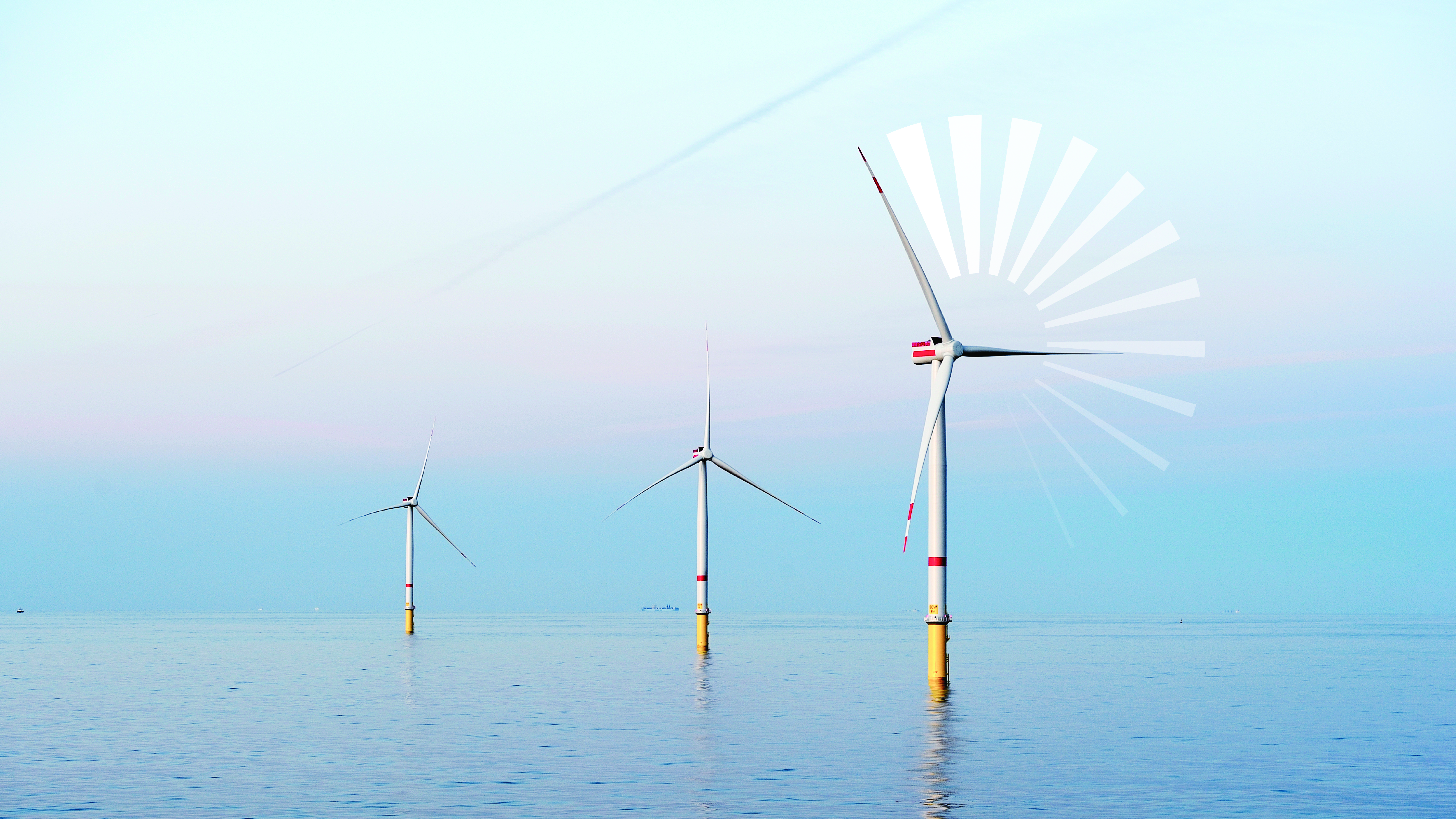 South Fork Wind remains on track to be fully permitted by early 2022, and with the project’s joint venture partners Ørsted and Eversource ramping up construction activities soon after on the 132-megawatt offshore wind farm serving Long Island. The project will kickstart New York’s offshore wind industry and power approximately 70,000 New York homes with clean, offshore wind energy when it begins operations at the end of 2023.

“New York State is facing the challenges of climate change head-on, and we thank the Biden-Harris Administration for their steadfast support,” said Governor Kathy Hochul. “With today’s permitting milestone, South Fork Wind is set to be New York’s historic first offshore wind farm providing clean energy where it is needed most. Our nation-leading climate and offshore wind goals demand bold action and moving South Fork Wind forward brings us closer to a cleaner and greener future.”

“With the achievement of this critical federal permitting milestone, construction of this historic wind farm is expected to begin in the weeks and months ahead,” said David Hardy, Chief Executive Officer of Ørsted Offshore North America. “We thank Secretary Haaland, Director Lefton and the team at BOEM, Governor Hochul, NYSERDA CEO Doreen Harris, the NY State Legislature and the Long Island Power Authority as well as East Hampton’s elected leaders for their clean energy vision. South Fork Wind will not only boost the economy with family-sustaining jobs, but it will also help combat climate change and reduce air pollution as a clean energy resource for many Long Island residents.”

“The offshore wind industry will create thousands of union jobs, reduce air pollution, and combat climate change – the greatest existential threat facing our communities on Long Island,” said U.S. Representative Kathleen Rice (NY-04). “I am thrilled the Biden Administration has issued South Fork Wind its Record of Decision, a critical regulatory designation that keeps this project on track to begin construction and bring clean, reliable power back to our shores by the end of 2023. I will continue working in Congress to support offshore wind development and ensure Long Island remains at the forefront of this growing industry.”

“The offshore wind industry is the future of our Long Island economy, and Suffolk County is proud to serve as a national model for creating a greener future for generations to come,” said Suffolk County Executive Steven Bellone. “Offshore wind projects are a critical part of our comprehensive plan to combat climate change and mitigate its effects on Long Islanders, and today’s announcement brings this historic project one step closer to reality.”

“Today’s announcement is a watershed moment for New York State,” said Doreen M. Harris, President and CEO, NYSERDA. “We are encouraged to see the federal government’s commitment to ensuring critical projects like South Fork Wind move ahead swiftly to tackle the existential threat of climate change while providing good paying jobs when our economy needs it most. New York is cementing itself as the nation’s leader in offshore wind, delivering cost-effective and reliable renewable energy as part of its goals to deliver a more sustainable future for New Yorkers.”

“BOEM’s Record of Decision on the South Fork Wind farm is a significant milestone on the journey to establishing family-sustaining careers with good pay and benefits in a new industry,” said Roger Clayman, Executive Director of the Long Island Federation of Labor, AFL-CIO. “The Long Island Federation of Labor congratulates Ørsted and Eversource for their exhaustive efforts to engage communities and their commitment to high-road economic development. And we thank the Biden Administration and Governor Hochul for their commitment to combating the climate crisis and focusing New York’s resources on the development of offshore wind. American workers should not have to choose between a good job and a clean environment. We can and must have both.”

“Offshore wind is regarded as Labor's seed in growing an equitable economy that extends well beyond the shoreline,” said Matthew Aracich, President, Building and Construction Trades Council of Nassau and Suffolk Counties, AFL-CIO. “BOEM’s resolution on South Fork Wind sets the stage for a period of prosperity that spans an entire generation. Ørsted’s commitment to remain true to being ‘the world's most sustainable company’ is proof positive that green energy can deliver on so many different levels. The words ‘sustainable’ and ‘resilient’ can now be used simultaneously to aptly describe a wide range of employment opportunities as well as the environment. The Building and Construction Trades Council of Nassau and Suffolk Counties is ecstatic with the commitments made by the Biden Administration and Governor Hochul to tackle climate change and make the world better for future generations.”

“Long Island is leading the way in offshore wind, and it is beyond exciting that the first offshore wind farm in New York will be built off our coast,” said Matt Cohen, President & CEO of the Long Island Association. “This is a shining example of what can happen when the federal, state, and local governments and the private sector work together to reach clean energy goals, create jobs, and stimulate the economy.”

"The federal government has announced an early holiday gift – the gift of clean renewable offshore wind energy,” said Adrienne Esposito, Executive Director, Citizens Campaign for the Environment. “Today is a celebration of the beginning of a new energy future for New York, a true transition from polluting fossil fuels to clean renewable energy. The South Fork Wind farm will provide thousands of homes with reliable offshore wind power. We applaud the Bureau of Ocean Energy Management and New York State, who spent years conducting exhaustive environmental and community outreach to ensure this project is responsibly sited and mitigates environmental impacts to local marine habitat while providing good jobs and reliable energy for Long Island. We cannot wait to see these beacons of hope in the water for our first offshore wind farm.”

"Today is a red-letter day for the future of offshore wind,” said Fred Zalcman, Director of the New York Offshore Wind Alliance. “Today's federal approval of New York's first utility-scale offshore wind farm is the culmination of several years of planning and community engagement and will demonstrate the massive economic, environmental, and social benefits of this renewable resource for all New Yorkers.”

“This is a gratifying moment in the long-delayed transition to clean energy for Eastern Long Island. Win With Wind is proud and grateful to the community for the outpouring of support,” said Judith Hope, founder of Win With Wind.

Ørsted and Eversource will soon enter the construction phase of South Fork Wind, with onshore activities beginning first. The South Fork Wind team is now gearing up for site preparation work and the start of construction, beginning as early as January 2022, on the project’s underground transmission line.

Fabrication of the project’s offshore substation is already in process. Ørsted and Eversource recently announced the selection of Kiewit Offshore Services, Ltd. (Kiewit), the largest offshore fabricator in the U.S., to design and build the substation for the project. The 1,500-ton, 60-foot-tall substation will be built at Kiewit’s facility in Ingleside, Texas, near Corpus Christi. More than 350 workers across three states will support this South Fork Wind structure.

In addition, hundreds of union workers in the Northeast will support the South Fork Wind project and additional projects in the region.

Offshore installation of the project’s monopile foundations and 11-megawatt Siemens-Gamesa wind turbines is expected to begin in summer 2023.

BOEM’s issuance of the Record of Decision concludes the thorough, BOEM-led environmental review of the project. It will be followed in January by the final approval of South Fork Wind’s Construction and Operations Plan (COP). The COP outlines the project’s uniform one nautical mile turbine layout, the construction methodology for all work occurring in federal ocean waters, fishing industry compensation plan, and mitigation measures to protect species, such as North Atlantic Right Whales.

South Fork Wind will be located about 35 miles east of Montauk Point. Its transmission system will deliver clean energy directly to the electric grid in the Town of East Hampton. Power needs on the South Fork are growing faster than anywhere else on Long Island. In 2015, LIPA and PSEG Long Island issued a request for proposals to address this specific need and selected South Fork Wind because it was part of a portfolio that offers the most cost-effective solution to meet this demand, while at the same time increasing grid resiliency on the east end of Long Island.

The Ørsted vision is a world that runs entirely on green energy. Ørsted ranks as the world’s most sustainable energy company in Corporate Knights’ 2021 Global 100 index of the most sustainable corporations and is recognized on the CDP Climate Change A List as a global leader on climate action.

In the United States, Ørsted operates the Block Island Wind Farm, America’s first offshore wind farm, and constructed the two-turbine Coastal Virginia Offshore Wind pilot project – the first turbines to be installed in federal waters.  Ørsted has secured over 4,000 megawatts of additional capacity through six projects in the Northeast and Mid-Atlantic. Ørsted Offshore’s North American business is jointly headquartered in Boston, Massachusetts and Providence, Rhode Island and employs more than 250 people. To learn more visit us.orsted.com or follow us on Facebook, Instagram and Twitter (@OrstedUS).

Eversource (NYSE: ES) transmits and delivers electricity and natural gas and supplies water to approximately 4.3 million customers in Connecticut, Massachusetts and New Hampshire. Celebrated as a national leader for its corporate citizenship, Eversource is the #1 energy company in Newsweek’s list of America’s Most Responsible Companies for 2021 and recognized as one of America’s Most JUST Companies. The #1 energy efficiency provider in the nation, Eversource harnesses the commitment of approximately 9,300 employees across three states to build a single, united company around the mission of safely delivering reliable energy and water with superior customer service. The company is empowering a clean energy future in the Northeast, with nationally recognized energy efficiency solutions and successful programs to integrate new clean energy resources like solar, offshore wind, electric vehicles and battery storage, into the electric system. For more information, please visit eversource.com, and follow us on Twitter, Facebook, Instagram, and LinkedIn. For more information on our water services, visit aquarionwater.com.