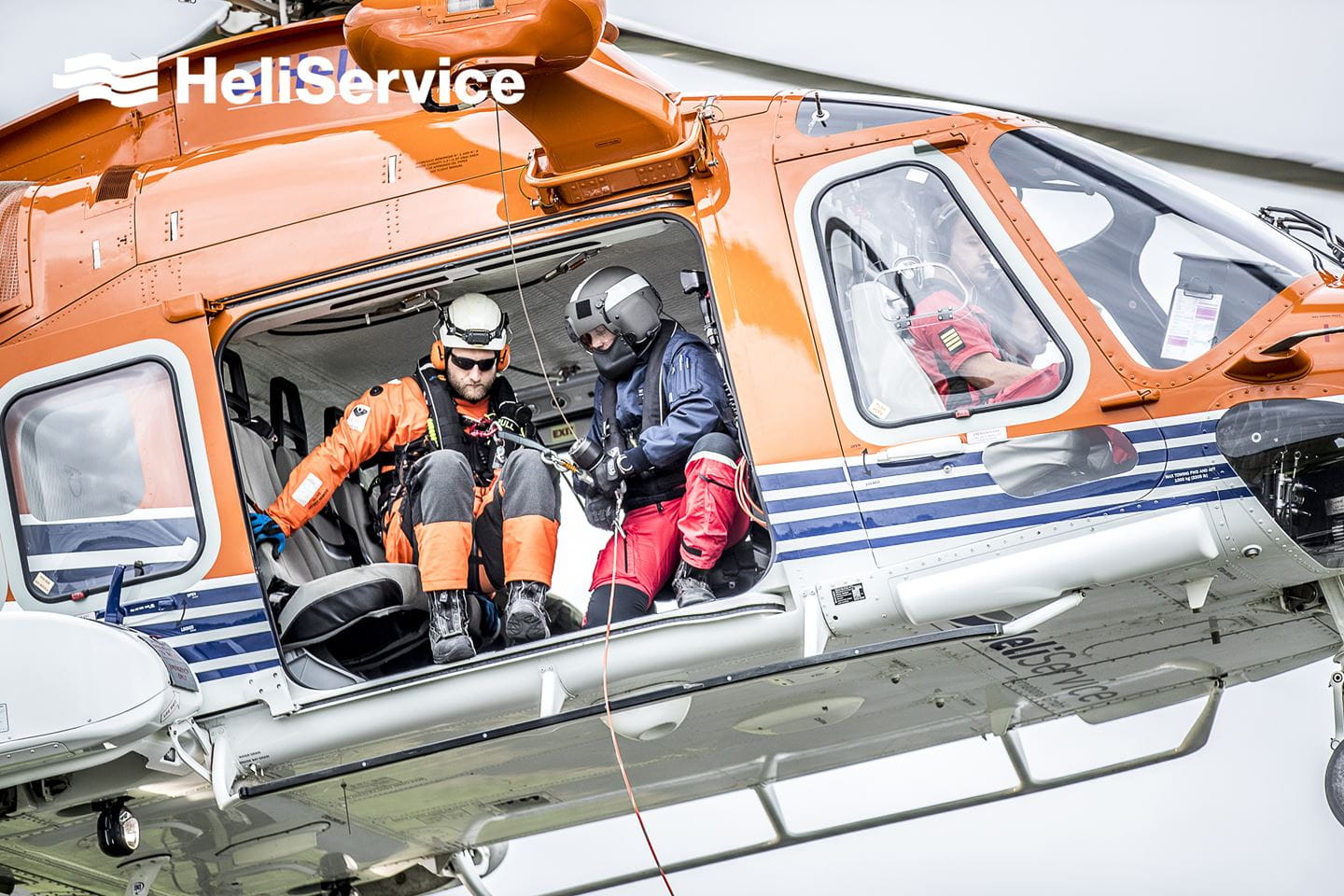 Providence, R.I. – Today, Ørsted and Eversource announced that HeliService International Inc. has been awarded the contract for helicopter crew change operations for the two companies’ joint venture wind projects in the Northeast United States. The contract is the first helicopter contract to support the United States offshore wind industry and will create jobs and economic development in both helicopter assembly and future operations.

The Leonardo AW169 helicopters are powered by two Pratt and Whitney PW210 series engines and are capable of crew transport as well as utilizing a hoist system to lift wind technicians to and from the top of wind turbines. The aircraft will support crew transfer and hoisting at the South Fork Wind, Revolution Wind and Sunrise Wind offshore wind farms during construction. They will be assembled on the Leonardo Helicopters assembly line in Philadelphia, Pa.

The contract will also bring approximately $1.8 million of investment to the Quonset State Airport in North Kingstown, R.I. in the form of new infrastructure and equipment, and will lead to the creation of multiple jobs. Upgrades at the Airport will include new check-in and reception spaces, handling and administrative buildings for helicopter operations and upgrades to hangar and maintenance areas.

“I am proud to see this first-of-its-kind contract take off here in Rhode Island,” said Governor Dan McKee. “The Ocean State is a leader in offshore wind energy, and this agreement will help strengthen the industry, create jobs and spur economic development, and further our sustainable, affordable, clean energy goals. I want to thank Ørsted and Eversource for their continued investment in Rhode Island and look forward to the benefits that this partnership will bring for all Rhode Islanders.”

“This helicopter contract represents just one of the many important ways the offshore wind industry is supporting manufacturing and assembly jobs and infrastructure upgrades, both in Rhode Island and across the United States,” said David Ortiz, Head of Northeast Government Affairs and Market Strategy at Ørsted.

“Offshore wind has tremendous potential to create well-paying jobs in communities across the country,” said Julia Bovey, Director of Offshore Wind External Affairs at Eversource Energy. “As we continue to transition to a new, clean energy future – one powered by the untapped potential of renewable energy – we are once again making good on our promise to help create a new supply chain here at home that will benefit American workers for years to come.”

“Rhode Island is proud to serve at the epicenter of America’s rapidly growing offshore wind sector – a sector that is constantly opening up new, interesting opportunities that drive local economies and create jobs across the country,” said Rhode Island Commerce President & Chief Operating Officer Hilary Fagan. “We are thrilled to see this level of investment at Quonset State Airport, and our local workforce is ready to continue leading the way as our state, region and nation move toward a clean energy future.”

Through their joint venture projects, Ørsted and Eversource are supporting the development of a domestic offshore wind supply chain that will create jobs and economic development across dozens of states. The companies recently announced that work has begun on the first U.S.-built service operations vessel (SOV), and crew transfer vessel charter agreements that will support the building of five new vessels in Rhode Island shipyards.

The Ørsted vision is a world that runs entirely on green energy. Four years in a row, Ørsted earned recognition as the world’s most sustainable energy company by Corporate Knights, including for 2022. The company is a global clean energy leader and has the largest portfolio of offshore wind energy in the world.

Eversource (NYSE: ES), celebrated as a national leader for its corporate citizenship, is the #1 energy company in Newsweek’s list of America’s Most Responsible Companies for 2021 and recognized as one of America’s Most JUST Companies. Eversource transmits and delivers electricity and natural gas and supplies water to approximately 4.4 million customers in Connecticut, Massachusetts, and New Hampshire. The #1 energy efficiency provider in the nation, Eversource harnesses the commitment of approximately 9,200 employees across three states to build a single, united company around the mission of safely delivering reliable energy and water with superior customer service. The company is empowering a clean energy future in the Northeast, with nationally recognized energy efficiency solutions and successful programs to integrate new clean energy resources like solar, offshore wind, electric vehicles, and battery storage into the electric system. For more information, please visit eversource.com and follow us on Twitter, Facebook, Instagram, and LinkedIn. For more information on our water services, visit aquarionwater.com.